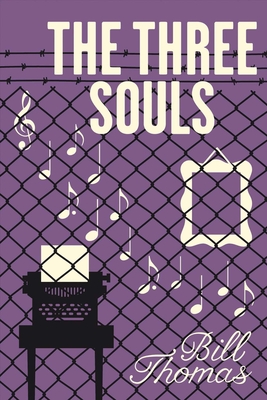 It's the dawn of a new decade: 1960. Long-distance truck driver Johnny Chambers has just completed his route and returned home, hoping for a few days of rest and relaxation, but the two policemen at his door have other plans...

A man has been with robbery, and Johnny's fingerprints are on the gun. Before he can even change his clothes Johnny is arrested and charged with the crime. Sentenced to five years, Johnny settles into his new life as an inmate in the Huntsville Penitentiary in Texas. But prison life isn't what he expected. When he meets two fellow inmates he believes to be the reincarnated souls of Mozart and van Gogh, everything he thinks he knows is shattered. What's more, Johnny's own sudden ability to write leads him to believe he previously lived as Ernest Hemingway.

What follows is an exploration of life, death, and the permeable barriers that exist between them that culminates in a daring escape from the prison that confines their bodies, but will never confine their souls.

Bill Thomas grew up in the Austin, Texas area. A lifelong musician, he played in many bands including Chapparral, The Eternal Life Corporation, Primitive Moderns and The Rockhounds, who opened for The Police on their first American tour.

He has released two full-length albums and written two screenplays: "The Loose Quarter" and "Tres Hombres." "The Three Souls", the story of truck driver-turned-inmate Johnny Chambers, is his first novel.
Loading...
or
Not Currently Available for Direct Purchase