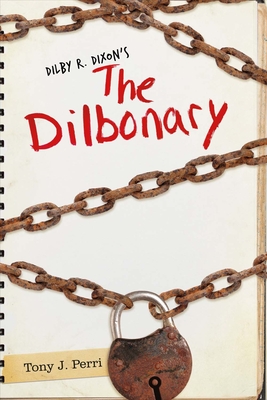 Dilby R. Dixon was no ordinary 10-year-old boy. He was an outcast, the odd kid in school. Growing up as an only child, he had gotten accustomed to a life of solitude. In fact, he had no friends at all, which made him question whether or not he fit in with others in school or in this world.
To occupy his time, Dilby turned to his wild imagination as he would dream of the most unbelievable places and have the most amazing adventures. From these dreams, he created a secret journal of weird words that he called, the Dilbonary, which he took it everywhere he went, guarding it with his life.
No one knew the Dilbonary existed, that was until the 6th grade when Riley Rogers, the school bully, got a hold of it, setting off a chain of events that would alter Dilby’s life forever.
Then, just after his 11th Birthday, something extraordinary happened, leading him to embark on the biggest adventure of his life and finding the truth behind who he really is.

“I grabbed this book as Dilby seemed so much like myself in many ways…The fantasy aspect which has been sculpted into this incredible storyline is amazing, and it is hard not to empathize with Dilby R. Dixon, whilst admiring the literary talents and imagination of Tony J. Perri.”
-Rosie Malezer for Readers’ Favorite

Tony J. Perri has worked for 15 years in the costume department on many films and television shows. He has also co-written and co-directed an award winning independent feature film and a short film. He lives in Mesa, AZ with his wife and two daughters and his two dogs. The Dilbonary is his first children’s book and will soon release a picture book. You can visit him online at www.verticalturtlepublishing.com
Loading...
or
Not Currently Available for Direct Purchase