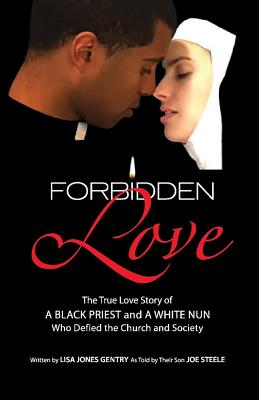 Forbidden Love is the true story of Father William C. Grau, a Black Catholic Priest and Sister Sophie Legocki, a White Polish American nun, who in the segregated fifties, defied the church and society with their passionate secret love affair that lasted for nearly a decade and gave birth to a son, Joe Steele. Joe, a Harvard College and Harvard Business School graduate and successful Global Development Consultant and Executive Coach, now understood why the Archdiocese had sealed his adoption records. When he reunites with his birth mother, Sophie, he finally hears of the passionate love that she and his birth father shared, often risking their lives to be together. Joe also learned for the first time how after his adoption, Sophie and Father Grau continued their love affair when she moved into the Rectory to live with him as his housekeeper until his death in 1964. Joe and Sophie grow closer as he too shares his life as the beloved youngest son in his nurturing and loving adopted Steele family in Cincinnati. Forbidden Love is the inspiring true story of a love that would not be denied proving that true Love will always triumph. Forbidden Love was written by Lisa Fairchild Jones, an NAACP Image Award and Literary Critics Nominated writer. She is also a screenwriter and television Executive Producer and attorney and an honors graduate of Harvard College and The Harvard Law School.

Joe Steele is a Harvard College and Harvard Business School graduate, a successful global development consultant, executive coach and world traveler. His 15-year journey learning about his birth parents allowed him to share their story and his. Joe resides in the Hudson Valley outside New York City.
Loading...
or
Not Currently Available for Direct Purchase