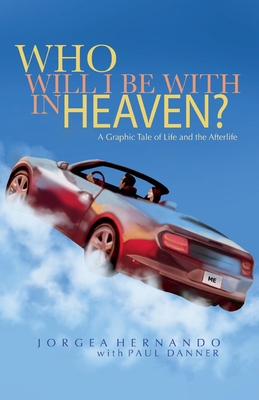 Who Will I Be With in Heaven

This is the story of James, a movie director that dies in a terrible car crashand finds himself in the Afterlife, where he meets a music-loving Heavenly Judge. The Judge's assigned duty is to interview aspirants to determine if they deserve to "go down below", or are allowed the chance to select who they will be with in Heaven.The imaginative James provokes the austere Heavenly Judge and challenges the process.As a director of film James cannot help but to visualize the tales of his life and the profound messages that evaluate how he lived and how we all shouldor should not be living. Messages that may shake up most of us.But in the end, after his final judgment is passed, will James get what we all want:to select who will we be with in Heaven?

Jorgea Hernando is a story teller, rather than a writer and has told his story as a visualization . He is a Movie Director and an Executive Producer. He was the creator of the screenplay and movie If You Only Knew (2010) and of the screenplay Who Will I Be with in Heaven. He is a member of the Directors Guild of America. Hernando was born in Guantánamo, Cuba.Paul Danner is the co-author and screenwriter of Who Will I Be with in Heaven. He is the co-screenwriter of If You Only Knew (2010.) He is also a Star Wars author, having written six Star Wars short stories, two of which were featured in the Star Wars: Tales from the New Republic anthology (Bantam Spectra) and the guidebook, Wretched Hives of Scum and Villainy
Loading...
or
Not Currently Available for Direct Purchase