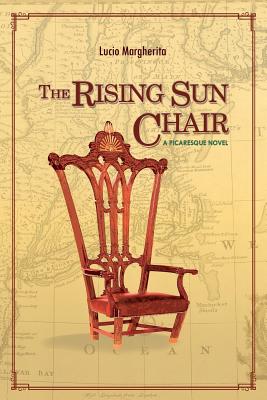 What was New England like between the years of the Thanksgiving tale and the Declaration of Independence? Patrick, a witness of those frightful days, left a timeworn manuscript to tell us.

Born of an unknown father and of an indentured Irish servant, Patrick is an actor and a casualty of the transformation that tamed the New World's wilderness into groomed fields.
He roved the coastal Plantations in the arms of his fugitive mother and, as a toddler, lived the horror of King Philip's Indian War. He sailed the Mississippi to Louisiana, and the Saint Lawrence on a war brig. From Quebec to Savanah he stumbled across French voyageurs, Spanish adventurers, and American seadogs. He chanced upon a poignant Acadian exile evicted from her rustic island by its British rulers.
Through his vagrant years, the young man longs to return to his foster father's farm whence he was evicted a child. In the attempt, he gets run off, shot at and in love, all dodging swindlers and cannon balls in good humour, and learning from experience. But the bugle blares and the bells are peeling. Boston is under siege, the Revolution is on.

Delusions, no matter how vividly felt, have to surrender to facts. But when the boundaries between facts and fancy are blurred together, and either is less credible than dreams, which of the two a witness should believe?

Lucio Margherita is an Earth Scientist and a writer. Educated in England and in Italy, where he was born in 1939, he lived in Canada, in Venezuela, in Sudan and in several other countries where he was engaged in his profession. Fond of the humanities, in addition to his scientific publications he is the author of a prized historical account of the European revolutions of 1848. In a biographical novel he narrated the adventurous life of his grand-father, a medical doctor and explorer in Africa and Latin America before the end of the 19th century. A number of his cultural articles have appeared in French, Italian and Venezuelan news-papers and magazines. He is an active contributor to "Socratic" an educational on-line American institution. Retired from his profession he lives in Paris.
Loading...
or support indie stores by buying on