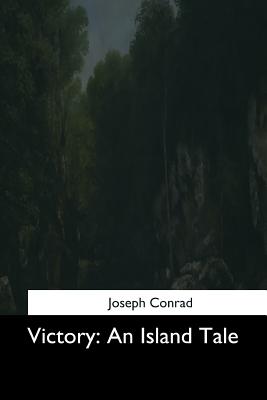 The last word of this novel was written on 29 May 1914. And that last word was the single word of the title. Those were the times of peace. Now that the moment of publication approaches I have been considering the discretion of altering the title-page. The word "Victory" the shining and tragic goal of noble effort, appeared too great, too august, to stand at the head of a mere novel. There was also the possibility of falling under the suspicion of commercial astuteness deceiving the public into the belief that the book had something to do with war. Of that, however, I was not afraid very much. What influenced my decision most were the obscure promptings of that pagan residuum of awe and wonder which lurks still at the bottom of our old humanity. "Victory" was the last word I had written in peace-time. It was the last literary thought which had occurred to me before the doors of the Temple of Janus flying open with a crash shook the minds, the hearts, the consciences of men all over the world. Such coincidence could not be treated lightly. And I made up my mind to let the word stand, in the same hopeful spirit in which some simple citizen of Old Rome would have "accepted the Omen." The second point on which I wish to offer a remark is the existence (in the novel) of a person named Schomberg. That I believe him to be true goes without saying. I am not likely to offer pinchbeck wares to my public consciously. Schomberg is an old member of my company. A very subordinate personage in Lord Jim as far back as the year 1899, he became notably active in a certain short story of mine published in 1902. Here he appears in a still larger part, true to life (I hope), but also true to himself. Only, in this instance, his deeper passions come into play, and thus his grotesque psychology is completed at last. I don't pretend to say that this is the entire Teutonic psychology; but it is indubitably the psychology of a Teuton. My object in mentioning him here is to bring out the fact that, far from being the incarnation of recent animosities, he is the creature of my old deep-seated, and, as it were, impartial conviction. J. C.