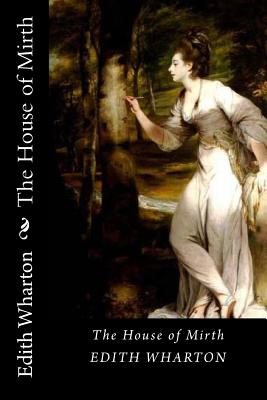 The House of Mirth (1905), a novel by Edith Wharton (1862-1937), tells the story of Lily Bart, a well-born but impoverished woman belonging to New York City's high society around the turn of the last century. Wharton creates a portrait of a stunning beauty who, though raised and educated to marry well both socially and economically, is reaching her 29th year, an age when her youthful blush is drawing to a close and her marital prospects are becoming ever more limited. The House of Mirth traces Lily's slow two-year social descent from privilege to a tragically lonely existence on the margins of society. Wharton uses Lily as an attack on "an irresponsible, grasping and morally corrupt upper class." (309-310) Before publication as a book on October 14, 1905, The House of Mirth was serialized in Scribner's Magazine beginning in January 1905. It attracted a readership among housewives and businessmen alike. Charles Scribner wrote Edith in November 1905 that the novel was showing "the most rapid sale of any book ever published by Scribner." (310) By the end of December sales had reached 140,000 copies. Edith's royalties were valued at more than half a million dollars in today's currency. The commercial and critical success of The House of Mirth solidified Wharton's reputation as a major novelist.