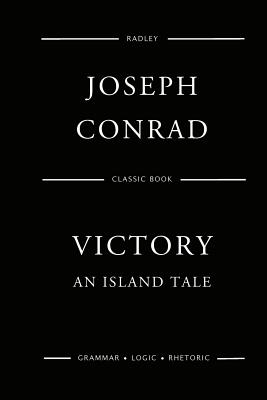 Victory (also published as Victory: An Island Tale) is a psychological novel by Joseph Conrad first published in 1915, through which Conrad achieved "popular success." The story runs as follows: through a business misadventure, the European Axel Heyst ends up living on an island in what is now Indonesia, with a Chinese assistant Wang. Heyst visits a nearby island when a female band is playing at a hotel owned by Mr. Schomberg. Schomberg attempts to force himself sexually on one of the band members, Alma, later called Lena. She flees with Heyst back to his island and they become lovers. Schomberg seeks revenge by attempting to frame Heyst for the "murder" of a man who had died of natural causes and later by sending three desperadoes (Pedro, Martin Ricardo and Mr. Jones) to Heyst's island with a lie about treasure hidden on the island. The three die (Wang kills one) but Lena dies as well and Heyst is overcome with grief and commits suicide. Victory is a masterpiece of storytelling which nevertheless contains Conrad's trademark moral and philosophiscal angst. It has been adapted into film a number of times.This classic title has been published by RADLEY BOOKS. Each RADLEY CLASSIC is a meticulously restored, luxurious and faithful reproduction of a classic book; produced with elegant text layout, clarity of presentation, and stylistic features that make reading a true pleasure. Special attention is given to legible fonts and adequate letter sizing, correct line length for readability, generous margins and triple lead (lavish line separation); plus we do not allow any mistakes/changes/additions to creep into the author's words.Visit RADLEY BOOKS at www.radleybooks.com (or search RADLEY CLASSIC on Amazon) to see more classic book titles in this series.