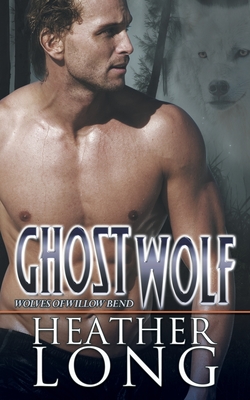 Most Lone Wolves have a story-a pack they left behind, a love they lost, or worse, one they buried. Some leave their packs to roam because they crave freedom, and independence. Some leave because in their hearts, they can't bear to stay. Some leave because they see no way to go back... Packs attacked. Humans forced to turn. Enforcers murdered. Following near miss assassination attempts on several prominent wolves. The packs are furious, out for blood and ready for war. Julian has been juggling the conflict without a real target for months, they always seem to be just one step behind the Volchitsa and even the wolves they've captured can't tell them enough. With the fate of the packs resting squarely on his shoulders, Julian, the Chief Enforcer, will swallow his pride to seek out the one wolf he knows can help them all, the one who seems to know all the players, who can think like them...if anyone can find the Volchitsa it's the ghost he's hunted for decades...Dallas Dalton has lived on the run so long, she doesn't really remember any other way of life. For an all too brief time, she had her daughter with her and the feeling of family until Julian got to too close once again. The damn wolf wouldn't leave her be, no matter how much she'd sacrificed for him. Seeing him in Russia had been both a blessing and a curse, because no matter what she did, she couldn't get him out of her system. Then he asked her for help...Now side-by-side, the Enforcer and the Rogue will have to work together to deal with the Volchitsa once and for all, but can they keep from killing each other in the process?

USA Today bestselling author, Heather Long, likes long walks in the park, science fiction, superheroes, Marines, and men who aren't douche bags. Her books are filled with heroes and heroines tangled in romance as hot as Texas summertime. From paranormal historical westerns to contemporary military romance, Heather might switch genres, but one thing is true in all of her stories-her characters drive the books. When she's not wrangling her menagerie of animals, she devotes her time to family and friends she considers family. She believes if you like your heroes so real you could lick the grit off their chest, and your heroines so likable, you're sure you've been friends with women just like them, you'll enjoy her worlds as much as she does. Heather is best known for her 18-book paranormal romance series Wolves of Willow Bend, which begins: Prequel: Wolf at Law 1: Wolf Bite 2: Caged Wolf 3: Wolf Claim 3.5: Wolf Next Door 4: Rogue Wolf 5: Bayou Wolf 6: Untamed Wolf Heather's other fantasy romance series include the paranormal westerns Fevered Hearts starting with Marshal of Hel Dorado, Black Hill Wolves which start with What a Wolf Wants, Witches of Mane Street, Mongrels, and the forthcoming Bravo Team WOLF series. Her contemporary romance series include: Always a Marine, Going Royal, Elite Warriors, The Love Thieves, beginning with Catch Me and Lone Star Leathernecks, beginning with Semper Fi Cowboy. Heather is well-represented in fantasy wither her superhero series Boomers, a sci-fi western called Space Cowboy Survival Guide, an urban fantasy series called the Chance Monroe Adventures, and a stand-alone ghost novel titled Haunt Me.
Loading...
or support indie stores by buying on