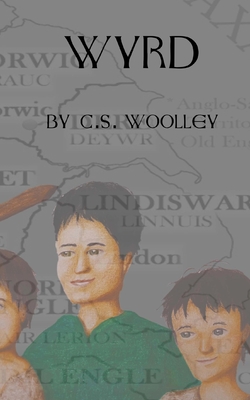 Step back in time to the age of King Penda, when the kingdom of Mercia was born. Life in Anglo-Saxon England is far from fair. There are strict classes that all people fall into. At the top there are the kings, then the thanes. After the thanes come the warriors, then the ceorls, and at the very bottom are the slaves. Women are not equal to men; and then there are the prisoners. With Mercia breaking away from Northumbria and war stirring the blood, there are a handful of boys that want to change their lot in life and move from being slaves to warriors. Wayland, Halsey and Channing are the sons of slaves that have the chance to change their stars and train with the sons of the ceorls to become warriors in Snot's army. Ravinger, the youngest son of Snot, has been put in charge of their training. But all is not well in Snotingas. Kipp, Morven and Nyle are prisoners of Snot, captured sons of the Thane's of Northumbria, and they are determined to cause as many problems as they can for their captors. Though the sons of Snotingas are preparing for battle, the sons of Northumbria still have to contend with the daughters of Snotingas.

C.S. Woolley (Caroline Sarah Woolley) was born in Macclesfield, Cheshire and raised in the nearby town of Wilmslow. From an early age she discovered she had a flair and passion for writing. This was fuelled by winning local poetry and short story competitions during her years at Mottram St. Andrews Primary School. During high school, she continued to write and found her time split between acting, writing and her studies. At 14 she began writing novels. University did nothing to change her love of writing. C.S. spent a year reading Law at Manchester Metropolitan University before changing her mind and moving to read English at Hull University. After graduating she moved to Nottingham where she now lives and stays for the cricket at Trent Bridge. In 2010, C.S published her first novel, Nicolette Mace - The Raven Siren: The Kevin Metis Saga. Since 2010 she has published books in five series - The Chronicles of Celadmore, The Mysteries of Stickleback Hollow, The Children of Ribe, The Children of Snotingas and Nicolette Mace: The Raven Siren. More recently C.S has taken part in charity projects that include producing content for charity books such as Standing by the Watchtower: Volume 1. C.S has also acted in several plays and films including Weekend (2011). Hobbies: horse riding, including show jumping and cross country, Formula 1, tennis, free climbing, singing, boxing, dancing, playing guitar, cricket and is also an avid PC and console gamer. Favourite movies: The Muppet Christmas Carol, Star Wars Episode V: The Empire Strikes Back, Chisum. Favourite books: Sharpe's Prey, Silverthorn and the Three Musketeers. Favourite bands: Thin Lizzy, the Darkness and McBusted. For more information please visit: http: //www.mightierthanthesworduk.com
or
Buy Here
Copyright © 2020 American Booksellers Association