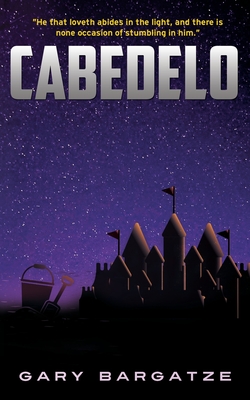 Based in part on the triangular relationship between Johannes Brahms and Clara and Robert Schumann, this sixth book in the Your Winding Daybreak Ways series opens as a nervous but relieved graduate student, Sam, races down the marble staircase and exits Redman Hall. The first interview with his graduate school mentor has gone so much better than he could have ever expected. They have so much in common. The same hometown; the same public school; the same classical instruction; and even one of the professor's old classmates and Sam share a last name. After a painful breakup with a married woman whom he meets on campus, Sam discovers the love of his life, Danielle, a young Iberian novelist, who is purportedly the daughter of the late Portuguese poet, Bianca. As the pair reconstructs the story of Bianca's time in America, Sam and Danielle discover a secret, which could keep them apart forever.

Gary Bargatze is the author of Warfield, Happy Hollow, Hurricane Creek, Hollow Rock, and McGill, the first five novels in his critically acclaimed, ten-part fictional series, Your Winding Daybreak Ways, comprised of a prologue, epilogue, seven novels and a novella. Mr. Bargatze divides his time between Williamsburg, Virginia, and the Berkshires of Massachusetts.