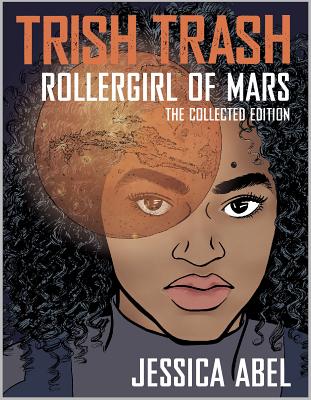 200 years from now, Trish “Trash” Nupindju lives on the newly inhabited Mars, whose settlers live under harsh and ruthless conditions. Trish dreams of only one thing: becoming a hoverderby star. It seems like making the professional derby team is the only way to escape a future of poverty on her parents’ farm. But, what happens when a half-dead Martian shows up on her doorstep and changes everything?

Winner of both the Harvey and Lulu Awards for Best New Talent in 1997, Jessica Abel is the author of Soundtrack and Mirror, Window, two comic collections culled from her comic book series, Artbabe. Her La Perdida (Pantheon, 2006) won the Harvey Award for Best New Series and was excerpted in 2006’s Best American Comics. She resides in Brooklyn, NY.
Loading...
or
Not Currently Available for Direct Purchase