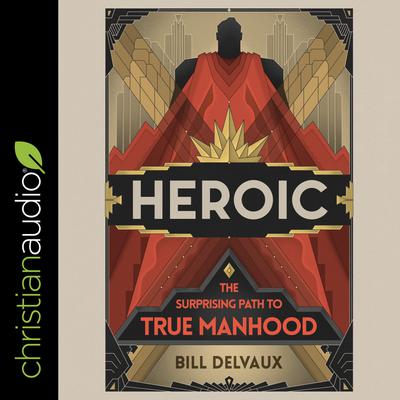 The Surprising Path to True Manhood

From boyhood, we search for heroes, starting with our fathers. But somewhere along the way, all our heroes disappoint us. And our attempts to be a hero fair no better, leaving us confused and unsure. Yet the heroic longing never leaves us.

We want to be that heroic man, but we do not know how. Jesus does.

He is the great Hero of all time. And He calls men to follow Him. As we follow, we will quickly realize that the path is surprising. He will first lead us into a place of fear and trembling. He will lead us into death. It is our initiation as men into the new life of the heroic. But the death will be followed by a stunning resurrection. We will find out our true names before Him and be given a heroic quest for His kingdom. And most importantly, we will discover the secret of true greatness, letting our lives go to serve others.

In the end, we become most heroic in the silence of His presence. Here we will feel His love, as he remakes us into His heroic image, uniting us to Himself.

Kirby Heyborne is an accomplished actor, musician, and comedian. He has received critical acclaim for his starring roles in the award-winning World War II drama Saints and Soldiers, the lighthearted family comedy The R.M., the award-winning boy-band mockumentary The Sons of Provo, and the award-winning quixotic comedy Pirates of the Great Salt Lake. He has had starring roles in thirteen features and many short films. Kirby has also appeared on the WB's Everwood and many national commercials. Recently, Kirby was seen as a recurring character on the hit FOX sitcom Free Ride.

Kirby has received a number of AudioFile Earphones Awards for excellence in audiobook narration. He has narrated such titles as Nick and Nora's Infinite Playlist by Rachel Cohn and David Levithan, Black Swan Green by David Mitchell, Breathers by S. G. Browne, and The Genius by Jesse Kellerman. Kirby is a cofounder and director of the celebrated Los Angeles-based improv comedy group The Society. Also a successful musician, Kirby has released four solo albums and has had his music featured in many films. Kirby has delighted audiences across the country with his ability to blend heart-warming stories, beautiful music, and comedic wit.