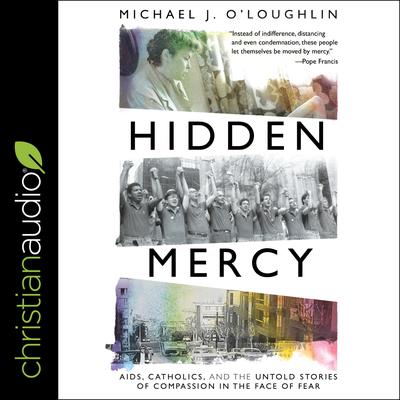 AIDS, Catholics, and the Untold Stories of Compassion in the Face of Fear

The 1980s and 1990s, the height of the AIDS crisis in the United States, was decades ago now, and many of the stories from this time remain hidden: A Catholic nun from a small Midwestern town packs up her life to move to New York City, where she throws herself into a community under assault from HIV and AIDS. A young priest sees himself in the many gay men dying from AIDS and grapples with how best to respond, eventually coming out as gay and putting his own career on the line. A gay Catholic with HIV loses his partner to AIDS and then flees the church, focusing his energy on his own health rather than fight an institution seemingly rejecting him.

Set against the backdrop of the HIV and AIDS epidemic of the late twentieth century and the Catholic Church's crackdown on gay and lesbian activists, journalist Michael O'Loughlin searches out the untold stories of those who didn't look away, who at great personal cost chose compassion.

This is one journalist's—gay and Catholic himself—compelling picture of those quiet heroes who responded to human suffering when so much of society told them to look away. These pure acts of compassion and mercy offer us hope and inspiration as we continue to confront existential questions about what it means to be Americans, Christians, and human beings responding to those most in need.