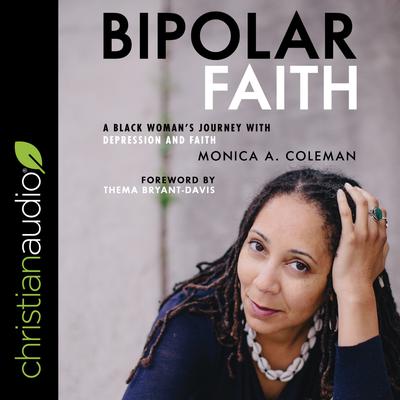 A Black Woman's Journey with Depression and Faith

Overcome with mental anguish, Monica A. Coleman's great-grandfather had his two young sons pull the chair out from beneath him when he hanged himself. That noose remained tied to a rafter in the shed, where it hung above the heads of his eight children who played there for years to come.

As it had for generations before her, a heaviness hung over Monica throughout her young life. As an adult, this rising star in the academy saw career successes often fueled by the modulated highs of undiagnosed Bipolar II Disorder, as she hid deep depression that even her doctors skimmed past in disbelief. Serendipitous encounters with Black intellectuals like Henry Louis Gates Jr., Angela Davis, and Renita Weems were countered by long nights of stark loneliness. Only as Coleman began to face her illness was she able to live honestly and faithfully in the world. And in the process, she discovered a new and liberating vision of God.

Written in crackling prose, Monica's spiritual autobiography examines her long dance with trauma, depression, and the threat of death in light of the legacies of slavery, war, sharecropping, poverty, and alcoholism that masked her family history of mental illness for generations.