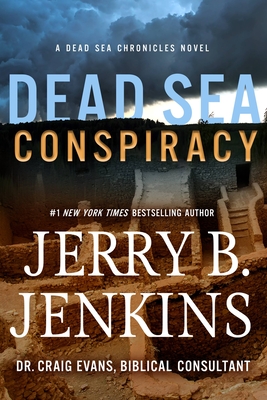 In this thrilling adventure, archaeologist Nicole Berman is about to discover the key to unifying three major religions—if a dangerous enemy doesn't stop her first.

Archaeologist Nicole Berman is the first woman to be awarded a permit to lead a dig in Saudi Arabia. Nicole believes what she hopes to discover has the power to to rewrite world history. She assembles a team that will ultimately surprise - and in some cases - betray her.

In a parallel storyline, readers are launched back to ancient Ur where young Abram is sent to learn from his forebears, who tell him firsthand stories of being on the ark during the Great Flood.

No one does fiction like Jerry Jenkins!—Karen Kingsbury, bestselling author

Jerry Jenkins brings a 4,000 year old story to life. As he does, he presents a contemporary one filled with intrigue and high stakes for each character-and the world. I'm excited to see what will happen with this series!—Chris Fabry, award-winning author, radio personality, and host of Chris Fabry Live on Moody Radio

Jerry B. Jenkins' books have sold more than 72 million copies. Twenty-one of his titles have reached the New York Times, USA Today, Publishers Weekly, and Wall Street Journal best-seller lists. The phenomenally best-selling Left Behind series inspired a movie starring Nicolas Cage. Jenkins has been featured on the cover of Newsweek and his writing has appeared in Time, Reader's Digest, Guideposts, and dozens of other periodicals. Jenkins owns the Jerry Jenkins Writers Guild coaching thousands of aspiring writers in both fiction and nonfiction. He and his wife, Dianna, have three grown sons and live in Colorado. (www.JerryJenkins.com).
Loading...
or support indie stores by buying on