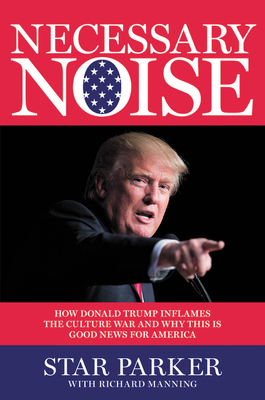 Popular FOX commentator Star Parker explains why today's noisy political rhetoric is good for you and provides specifics on why Trump's presidency is vital for America's future.
Star Parker was among the many reeling and confused as Donald Trump became the 45th president of the United States. But, she argues, a silver lining to this outcome is the debate that has since ruled our media and private conversations.

The ongoing noise of debate can seem overwhelming, but our country needs the authentic and candid dialogue of its people. And Trump's presidency provides us with an opportunity like never before to engage and work to preserve the values upon which America was built. Necessary Noise honestly examines the crossroads where we find ourselves and suggests ways of moving toward resolution and restoration. Tackling a wide range of topics on which citizens should get noisy--from immigration, to education, to abortion, to welfare--Necessary Noise provides the framework for how to take part in this important time in history using our voices.

Star Parker is an author and conservative thought leader. She is the founder and President of the Center for Urban Renewal and Education (UrbanCURE), which she started after consulting on federal welfare reform in the 90s. Star is a frequent television commentator regularly seen on Fox & Friends and TheSean Hannity Show. She lives in Washington, DC.
Loading...
or support indie stores by buying on