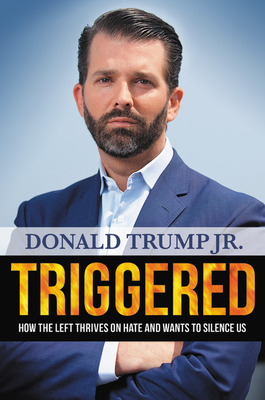 How the Left Thrives on Hate and Wants to Silence Us

Donald Trump, Jr. is the eldest son of President Donald J. Trump. He is Executive Vice President at Trump Organization, where he has overseen major construction projects in New York City, Chicago, Las Vegas and numerous countries internationally. During the 2016 presidential election, he became a sought-after speaker on politics, Republican fundraiser, and played a major role in Donald Trump's 2016 campaign. Trump, Jr. is an avid outdoorsman and when he's not on the campaign trail he can be found on streams and in the mountains all over the world. He is also an active and loving father of 5 young children. Donald Jr. holds a Bachelor's degree in Finance and Real Estate from the Wharton School of Finance at the University of Pennsylvania. He lives in New York City.
or support indie stores by buying on
Copyright © 2020 American Booksellers Association