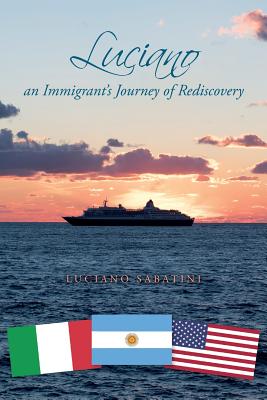 An Immigrant's Journey of Rediscovery

Luciano Sabatini came to the United States when he was four years old. His parents had briefly lived in Argentina before making the move to Queens, and with them, they brought the many cultural aspects of their lives in Italy. As Sabatini grew up, he was teased for his strange name and for the way he struggled to learn his new language. He longed to shed his Italian roots and assimilate into American culture.

Sabatini changed his name in order to better fit in and became ashamed of his heritage and his family. This caused him to build up severe feelings of inadequacy and inferiority, which plagued him all through his childhood. As a young man, his ego crumbled, and he had to rebuild his self-confidence through the slow process of psychotherapy. Over the course of his life, he learned to become a more self-assured individual, and finally, he was able to embrace his identity by relearning Italian, reconnecting with family members, and reviving his old customs.

In Luciano: An Immigrant's Journey of Rediscovery, readers can follow Sabatini through his entire life as he finally comes to understand and embrace the importance of his heritage.

Luciano Sabatini began his career as a teacher-then he became a school counselor, a department chair, and eventually the director of guidance. At twenty-nine years old, Sabatini lost his wife to cancer, and as he dealt with his grief, he became interested in counseling the newly bereaved. He received his PhD in counseling psychology with a specialty in bereavement and has facilitated support groups, trained facilitators, and conducted grief-counseling workshops for over thirty years. He is also an adjunct professor at Hofstra University. He published his first book, Bereavement Counseling in the School Setting, in 2012. Currently, he serves on the board of the Long Island chapter of the American Foundation for Suicide Prevention and facilitates support groups for survivors of suicide loss.
Loading...
or support indie stores by buying on