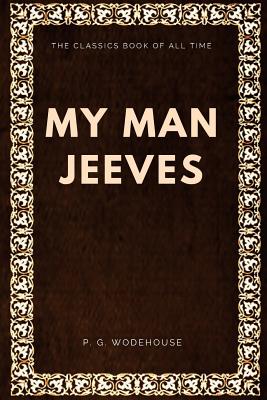 By P. G. Wodehouse My Man Jeeves is a collection of short stories by P. G. Wodehouse, first published in the United Kingdom in May 1919 by George Newnes. Of the eight stories in the collection, half feature the popular characters Jeeves and Bertie Wooster, while the others concern Reggie Pepper, an early prototype for Wooster. Although the book was not published in the United States, all the stories had appeared there, mostly in The Saturday Evening Post or Collier's Weekly, and in the Strand in the UK, prior to the publication of the UK book. Several appeared later in rewritten form in Carry on, Jeeves (1925), such as "Helping Freddie", which in its later incarnation was called "Fixing It for Freddie" and featured Jeeves and Wooster. The other Reggie Pepper stories were included in the U.S. version of The Man with Two Left Feet (1917). Jeeves and Wooster had first appeared in the short story "Extricating Young Gussie", which appeared in the Saturday Evening Post in 1915, and was included in The Man with Two Left Feet. CONTENTS LEAVE IT TO JEEVES JEEVES AND THE UNBIDDEN GUEST JEEVES AND THE HARD-BOILED EGG ABSENT TREATMENT HELPING FREDDIE RALLYING ROUND OLD GEORGE DOING CLARENCE A BIT OF GOOD THE AUNT AND THE SLUGGARD.