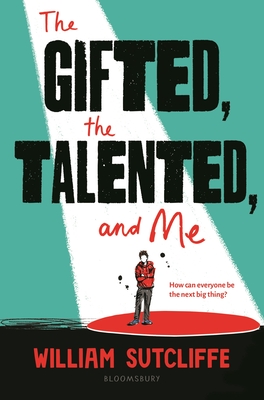 The Gifted, the Talented, and Me

For fans of John Corey Whaley, a clever coming-of-age story about fitting in and finding your way in a too-complicated world.

Fifteen-year-old Sam is not a famous vlogger, he’s never gone viral, and he doesn’t want to be the Next Big Thing. In fact, he's ordinary and proud of it. None of which was a problem until Dad got rich and Mom made the whole family move to London. Now Sam's off to the North London Academy for the Gifted and Talented, where everyone's busy planning Hollywood domination or starting alt-metal psychedelica crossover bands. Sam knows he'll never belong, even if he wanted to -- but can he find himself on his own terms?


Praise For The Gifted, the Talented, and Me…

“Sharp, witty and brilliantly observed… I haven't laughed out loud like that for a long time'” —Brian Conaghan, award-winning author of When Mr. Dog Bites

“Sam is a funny, honest, wry narrator and this novel is filled with true laugh-out-loud moments. . . . Hilarious and heartwarming, this is a great fit for high school libraries.” —School Library Journal

“This is a deeply moving tale about a boy whose life dramatically shifts once he realizes the truth about where he lives.” —SLJ on THE WALL

“This is wholly realistic fiction detailing a boy's coming-of-age in a real-life political situation.” —Kirkus on THE WALL

“Riveting.” —Publishers Weekly on THE WALL

“Thought-provoking and rife with book-discussion fodder.” —Booklist on CONCENTR8

“With a writing style that is both entertaining and stark, Sutcliffe uses broad, vivid strokes to highlight societal injustice while filling in details that focus on the interconnectedness of friendship and the dangers of unquestioningly following a single leader.” —Publishers Weekly on CONCENTR8

William Sutcliffe is the author of twelve novels, including the international bestseller Are You Experienced? and The Wall, which was shortlisted for the Carnegie Medal. He has written for adults, young adults and children, and has been translated into twenty-eight languages. His 2008 novel Whatever Makes You Happy is now a Netflix Original film starring Patricia Arquette, Felicity Huffman and Angela Bassett. It was released in August 2019 under the title Otherhood.

His latest novel, The Gifted, The Talented and Me, was described by The Times as 'dangerously funny' and by the Guardian as 'refreshingly hilarious'.