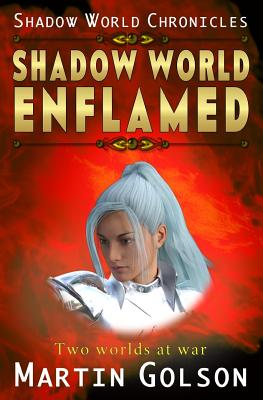 "Let your plans be dark and impenetrable as night, and when you move, fall like a thunderbolt."
- Sun Tzu, The Art of War

War has begun. Illomen's forces have beaten the first wave sent against Nashville. The war he and Marrock have planned for thousands of years has begun well. But, the Dark Lord, Iquang, has planned too. His operatives on Earth are in place, and he has prepared two special creatures to help destroy any resistance, an abomination and a bloodthirsty warrior who appears unstoppable. Armed with the resources of an enslaved world, and strengthened by the Lords of Hell, Iquang has set his sights on Earth. Will any mortal creature be able to survive his wrath?

The gloves come off as both sides battle to determine the fate of humanity, in the third book of the Shadow World Chronicles.