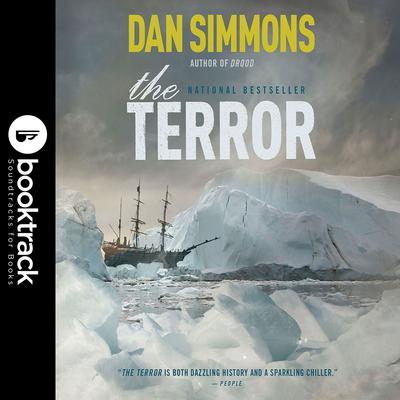 The Terror: Booktrack Edition adds an immersive musical soundtrack to your audiobook listening experience! *
The men on board the HMS Terror have every expectation of finding the Northwest Passage. But what they don't expect is a monstrous predator lurking behind the Arctic ice. When the expedition's leader, Sir John Franklin, meets a horrifying end, Captain Francis Crozier takes command, leading his surviving crewmen on a last desperate attempt to flee south across the ice.
But another winter is rapidly approaching, and with it, scurvy and starvation. Crozier and his men may find that there is no escaping the terror stalking them southward. And with the crushing cold and the fear of almost certain death at their backs, the most horrifying monster among them may be each other.
*Booktrack is an immersive format that pairs traditional audiobook narration to complementary music. The tempo and rhythm of the score are in perfect harmony with the action and characters throughout the audiobook. Gently playing in the background, the music never overpowers or distracts from the narration, so listeners can enjoy every minute. When you purchase this Booktrack edition, you receive the exact narration as the traditional audiobook available, with the addition of music throughout.

Dan Simmons is the Hugo, World Fantasy, and Bram Stoker Award-winning author of several novels, including the New York Times bestsellers Olympos and The Terror. He lives in Colorado.