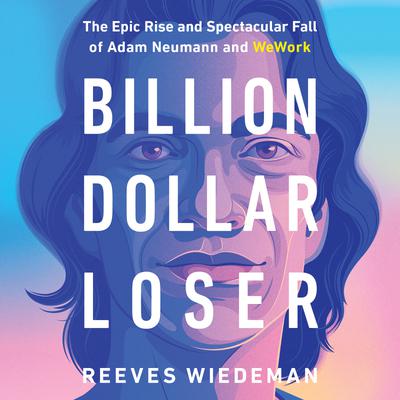 The Epic Rise and Spectacular Fall of Adam Neumann and WeWork

By Reeves Wiedeman, Will Collyer (Narrator)

A Wall Street Journal Business Bestseller: This "vivid" inside story of WeWork and its CEO tells the remarkable saga of one of the most audacious, and improbable, rises and falls in American business history (Ken Auletta).

​Christened a potential savior of Silicon Valley's startup culture, Adam Neumann was set to take WeWork, his office share company disrupting the commercial real estate market, public, cash out on the company's forty-seven billion dollar valuation, and break the string of major startups unable to deliver to shareholders. But as employees knew, and investors soon found out, WeWork's capital was built on promises that the company was more than a real estate purveyor, that in fact it was a transformational technology company.

Veteran journalist Reeves Weideman dives deep into WeWork and it CEO's astronomical rise, from the marijuana and tequila-filled board rooms to cult-like company summer camps and consciousness-raising with Anthony Kiedis. Billion Dollar Loser is a character-driven business narrative that captures, through the fascinating psyche of a billionaire founder and his wife and co-founder, the slippery state of global capitalism.

“Vivid, carefully reported drama that readers will gulp down as if it were a fast-paced novel” (Ken Auletta)

Reeves Wiedeman is a contributing editor at New York magazine, and has written for the New Yorker, the New York Times Magazine, Rolling Stone, Harper's, Men's Journal, and other publications. He lives in Brooklyn but still calls Kansas City home.