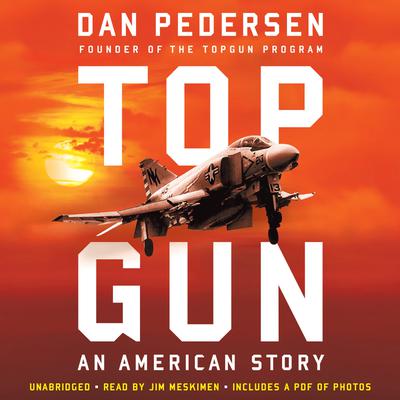 "If you loved the movie, you will love the real story in the book." -- Fox & Friends
On the 50th anniversary of the creation of the "Topgun" Navy Fighter School, its founder shares the remarkable inside story of how he and eight other risk-takers revolutionized the art of aerial combat.
When American fighter jets were being downed at an unprecedented rate during the Vietnam War, the U.S. Navy turned to a young lieutenant commander, Dan Pedersen, to figure out a way to reverse their dark fortune. On a shoestring budget and with little support, Pedersen picked eight of the finest pilots to help train a new generation to bend jets like the F-4 Phantom to their will and learn how to dogfight all over again.

Dan Pedersen entered the U.S. Navy in 1953. He was the senior officer in the group of nine men who formed the Navy's legendary "TOPGUN" program at Naval Air Station Miramar in March 1969. He served in combat during the Vietnam War, with a flying cruise on USS Hancock (CVA-19) and three on USS Enterprise (CVN-65). He retired as a captain, having accumulated 6,100 flight hours and 1,005 carrier landings while flying 39 types of aircraft. He lives with his wife outside San Diego.