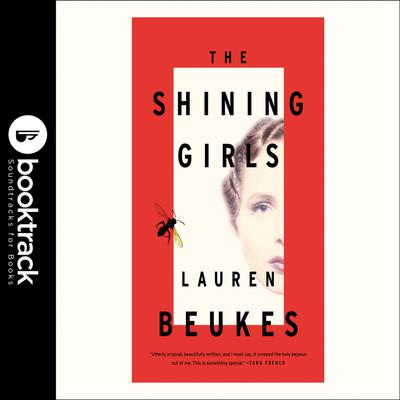 The Shining Girls: A Novel: Booktrack Edition adds an immersive musical soundtrack to your audiobook listening experience! *
A masterful twist on the serial killer novel from the award-winning author Lauren Beukes: the girl who wouldn't die hunts the killer who shouldn't exist.

Harper Curtis is a killer who stepped out of the past. Kirby Mazrachi is the girl who was never meant to have a future.

Kirby is the last shining girl, one of the bright young women, burning with potential, whose lives Harper is destined to snuff out after he stumbles on a House in Depression-era Chicago that opens on to other times.

At the urging of the House, Harper inserts himself into the lives of these shining girls, waiting for the perfect moment to strike. He's the ultimate hunter, vanishing without a trace into another time after each murder--until one of his victims survives.

Determined to bring her would-be killer to justice, Kirby joins the Chicago Sun-Times to work with the reporter, Dan Velasquez, who covered her case. Soon Kirby finds herself closing in on an impossible truth . . .
*Booktrack is an immersive format that pairs traditional audiobook narration to complementary music. The tempo and rhythm of the score are in perfect harmony with the action and characters throughout the audiobook. Gently playing in the background, the music never overpowers or distracts from the narration, so listeners can enjoy every minute. When you purchase this Booktrack edition, you receive the exact narration as the traditional audiobook available, with the addition of music throughout.