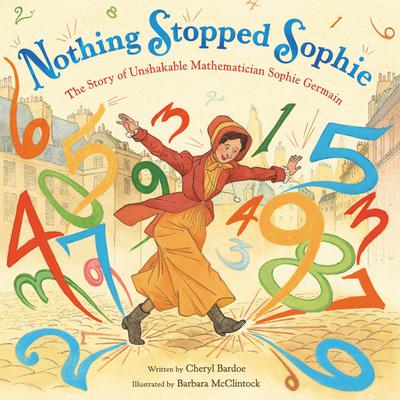 The true story of eighteenth-century mathematician Sophie Germain, who solved the unsolvable to achieve her dream.

For six years Sophie Germain used her love of math and her undeniable determination to test equations that would predict patterns of vibrations. She eventually became the first woman to win a grand prize from France's prestigious Academy of Sciences for her formula, which laid the groundwork for much of modern architecture (and can be seen in the book's illustrations).

Award-winning author Cheryl Bardoe's inspiring and poetic text is brought to life by acclaimed artist Barbara McClintock's intricate pen-and-ink, watercolor, and collage illustrations in this true story about a woman who let nothing stop her.

Cheryl Bardoe is the author of Gregor Mendel: The Friar Who Grew Peas, an Orbis Pictus Honor Book, an ALA Notable book, and an IRA Notable book; Mammoths and Mastodons: Titans of the Ice Age, an Orbis Pictus Honor Book, a Bank Street Best Children's Books selection, and a Junior Library Guild selection; and The Ugly Duckling Dino. She lives in Chicago with her family.

Barbara McClintock has illustrated over forty books for children including My Grandfather's Coat, The Gingerbread Man, and her own highly acclaimed Adv®le and Simon series. Her books have been honored five times as New York Times Best Illustrated Children's Books, among many other awards, citations, and starred reviews. She lives in Connecticut with her husband, the artist David Johnson.