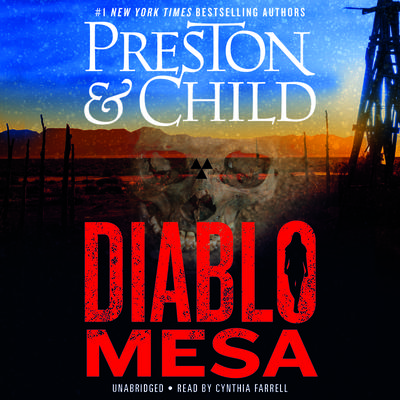 Lucas Tappan, a wealthy and eccentric billionaire and founder of Icarus Space Systems, approaches the Santa Fe Archaeological Institute with an outlandish proposal—to finance a careful, scientific excavation of the Roswell Incident site, where a UFO is alleged to have crashed in 1947. A skeptical Nora Kelly, to her great annoyance, is tasked with the job.

Nora's excavation immediately uncovers two murder victims buried at the site, faces and hands obliterated with acid to erase their identities. Special Agent Corrie Swanson is assigned to the case. As Nora’s excavation proceeds, uncovering things both bizarre and seemingly inexplicable, Corrie’s homicide investigation throws open a Pandora's box of espionage and violence, uncovering bloody traces of a powerful force that will stop at nothing to protect its secrets—and that threatens to engulf them all in an unimaginable fate.

The thrillers of Douglas Preston and Lincoln Child "stand head and shoulders above their rivals" (Publishers Weekly). Preston and Child's Relic and The Cabinet of Curiosities were chosen by readers in a National Public Radio poll as being among the one hundred greatest thrillers ever written, and Relic was made into a number-one box office hit movie. They are coauthors of the famed Pendergast series, and their recent novels include The Scorpion’s Tail, Crooked River, Old Bones, and Verses for the Dead. In addition to his novels, Preston writes about archaeology for The New Yorker and National Geographic magazines. Lincoln Child is a Florida resident and former book editor who has published seven novels of his own, including such bestsellers as Full Wolf Moon and Deep Storm.