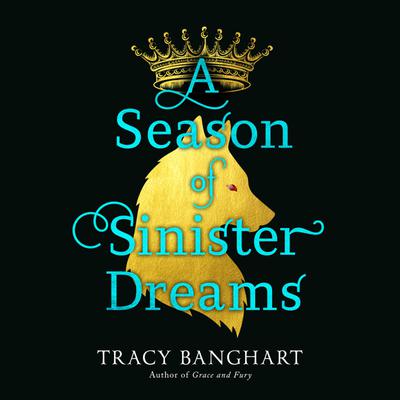 Furyborn meets A Curse So Dark and Lonely in this thrilling fantasy about two powerful girls coming together to protect their beloved kingdom—from the author of Grace and Fury.

Annalise may be cousin to the prince, but her past isn't what she claims, and she possesses a magic so powerful it takes all her strength to control it. Evra is a country girl, and has watched as each friend and family member came into their own magic, while hers remains dormant. But everything changes after Annalise loses control of herself and Evra begins experiencing the debilitating visions of a once-in-a-generation clairvoyant meant to serve the crown.
Thrown together at court, Evra and Annalise find that they have the same goal: to protect their kingdom from the powerful men who are slowly destroying it. But neither is quick to trust the other—Evra's visions suggest a threat to royal rule, and Annalise worries that her darkest secrets will be revealed. Their magic at odds, the young women circle each other, until the truth must come out. Full of intrigue, romance, and shocking twists, this gorgeously immersive fantasy will keep readers spellbound until the very last page.

An Army wife and mom, Tracy Banghart has an MA in Publishing and an unhealthy affection for cupcakes. Her quiet childhood led to a reading addiction, writing obsession, and several serious book boyfriends. She currently lives in Hawaii with her husband and young son, where there are a lot of volcanoes, none of which she's made her home.