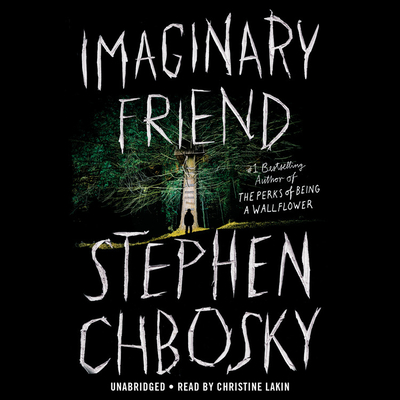 Instant New York Times Bestseller
One of Fall 2019's Best Books (People, EW, Lithub, Vox, Washington Post, and more)
A young boy is haunted by a voice in his head in this acclaimed epic of literary horror from the author of The Perks of Being a Wallflower.
Christopher is seven years old.
Christopher is the new kid in town.
Christopher has an imaginary friend.
We can swallow our fear or let our fear swallow us.
Single mother Kate Reese is on the run. Determined to improve life for her and her son, Christopher, she flees an abusive relationship in the middle of the night with her child. Together, they find themselves drawn to the tight-knit community of Mill Grove, Pennsylvania. It's as far off the beaten track as they can get. Just one highway in, one highway out.
At first, it seems like the perfect place to finally settle down. Then Christopher vanishes. For six long days, no one can find him. Until Christopher emerges from the woods at the edge of town, unharmed but not unchanged. He returns with a voice in his head only he can hear, with a mission only he can complete: Build a treehouse in the woods by Christmas, or his mother and everyone in the town will never be the same again.
Twenty years ago, Stephen Chbosky's The Perks of Being a Wallflower made readers everywhere feel infinite. Now, Chbosky has returned with an epic work of literary horror, years in the making, whose grand scale and rich emotion redefine the genre. Read it with the lights on.

"A haunting and thrilling novel pulsing with the radical empathy that makes Chbosky's work so special."
—John Green, #1 New York Times bestselling author of The Fault in Our Stars

"A creepy horror yarn that would do Stephen King proud. . . The reader will want to be sure that no one is hiding behind the chair. . . That's the nature of a good scary story -- and this one is excellent. A pleasing book for those who like to scare themselves silly, one to read with the lights on and the door bolted."
—Kirkus

"An unputdownable, extraordinary book. Stephen Chbosky manages to combine the heart and emotion that suffuses all of his work with Stephen King chills. The pages practically turn themselves."
—Greer Hendrick & Sarah Pekkanen, #1 New York Times bestselling authors of The Wife Between Us and An Anonymous Girl

"Sure, this unputdownable book is the scariest thing I've read in a long time. Mysterious woods. Evil forces. Unseen worlds. But it's also, like everything Chbosky does, imbued with heart and soul. You'll fall in love with these characters. That's why they stay with you, like a haunting."
—R. J. Palacio, #1 New York Times bestselling author of Wonder

"Chbosky brings deep humanity to his characters and creates genuinely unsettling tableaux, including a nightmarish otherworld that Christopher accesses via his treehouse."
—Publishers Weekly

Stephen Chbosky is the author of the multi-million-copy bestselling debut novel The Perks of Being a Wallflower. In 2012, Chbosky wrote and directed an acclaimed film adaptation of his novel, starring Logan Lerman, Emma Watson and Ezra Miller. He also directed the acclaimed 2017 film Wonder starring Julia Roberts, Owen Wilson and Jacob Tremblay. Imaginary Friend is Chbosky's long-awaited second novel.
Loading...
or support indie stores by buying on