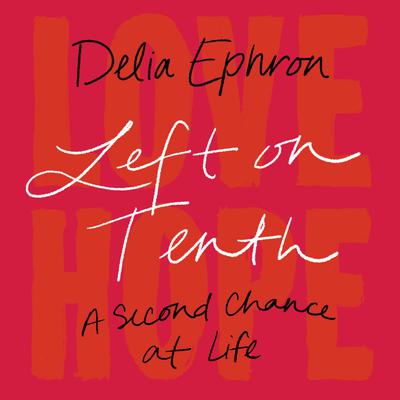 A Second Chance at Life: A Memoir

The bestselling, beloved writer of romantic comedies like You've Got Mail tells her own late-in-life love story, complete with a tragic second act and joyous resolution.

Delia Ephron had struggled through several years of heartbreak. She’d lost her sister, Nora, and then her husband, Jerry, both to cancer. Several months after Jerry’s death, she decided to make one small change in her life—she shut down his landline, which crashed her internet. She ended up in Verizon hell.

She channeled her grief the best way she knew: by writing a New York Times op-ed. The piece caught the attention of Peter, a Bay Area psychiatrist, who emailed her to commiserate. Recently widowed himself, he reminded her that they had shared a few dates fifty-four years before, set up by Nora. Delia did not remember him, but after several weeks of exchanging emails and sixties folk songs, he flew east to see her. They were crazy, utterly, in love.

But this was not a rom-com: four months later she was diagnosed with AML, a fierce leukemia.

In Left on Tenth, Delia Ephron enchants as she seesaws us between tears and laughter, navigating the suicidal lows of enduring cutting-edge treatment and the giddy highs of a second chance at love. With Peter and her close girlfriends by her side, with startling clarity, warmth, and honesty about facing death, Ephron invites us to join her team of warriors and become believers ourselves.

Delia Ephron is a bestselling author, screenwriter, and playwright. Her movies include You've Got Mail (1998), The Sisterhood of the Traveling Pants (2005), Hanging Up (2000) (based on her novel), and Michael (1996). She has written novels for adults and teenagers, books of humor, including "How to Eat Like a Child", and essays. Her journalism has appeared in The New York Times, O the Oprah Magazine, Vogue and MORE, and The Huffington Post. She collaborated with her sister, Nora Ephron, on a play, "Love, Loss, and What I Wore", which ran for two years off-Broadway, and has been performed in cities across the US and around the world.