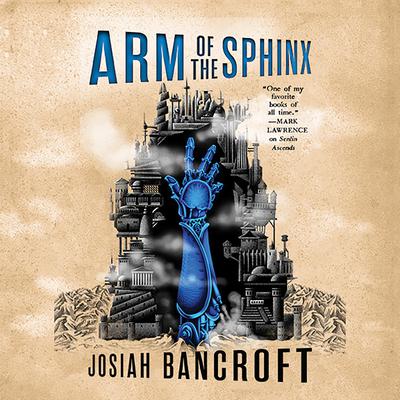 Arm of the Sphinx (The Books of Babel) (Digital Audiobook)

Before settling down to write fantasy novels, Josiah Bancroft was a poet, college instructor, and aspiring comic book artist. When he is not writing, he enjoys playing post-pop music with his band, Dirt Dirt, drawing chalk pictures on his office wall, and cooking pub curry for his wife, Sharon. He shares a home with her and their two rabbits, Mabel and Chaplin, in Philadelphia.


More examples of his work, including updates on upcoming installments in The Books of Babel series, can be found at www.thebooksofbabel.com.