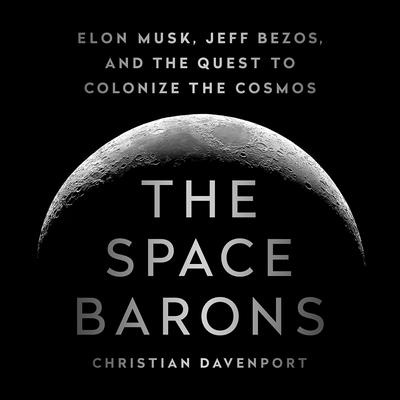 By Christian Davenport, Will Collyer (Narrator)


The Space Barons is the story of a group of billionaire entrepreneurs who are pouring their fortunes into the epic resurrection of the American space program. Nearly a half-century after Neil Armstrong walked on the moon, these Space Barons-most notably Elon Musk and Jeff Bezos, along with Richard Branson and Paul Allen-are using Silicon Valley-style innovation to dramatically lower the cost of space travel, and send humans even further than NASA has gone. These entrepreneurs have founded some of the biggest brands in the world-Amazon, Microsoft, Virgin, Tesla, PayPal-and upended industry after industry. Now they are pursuing the biggest disruption of all: space.

Before joining the financial staff, Davenport was an editor on the Metro desk, overseeing coverage of local government and politics. He has also worked at Newsday, Philadelphia Inquirer, and Austin American-Statesman. As a frequent radio and television commentator, he has appeared on MSNBC, CNN, PBS NewsHour, and several NPR shows, including All Things Considered and Diane Rehm.