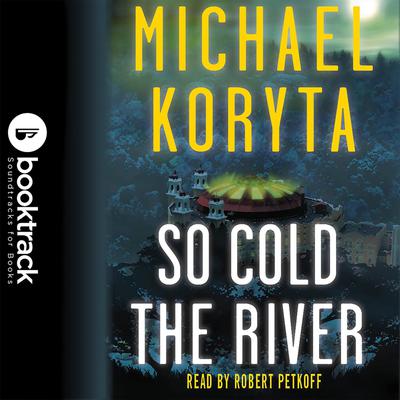 So Cold the River (Digital Audiobook)

So Cold the River: Booktrack Edition adds an immersive musical soundtrack to your audiobook listening experience! *
It started with a documentary. The beautiful Alyssa Bradford approaches Eric Shaw to unearth the life story of her father-in-law, Campbell Bradford, a 95-year-old billionaire whose childhood is wrapped in mystery. Eric grabs the job, even though the only clues to Bradford's past are his hometown and an antique water bottle he's kept his entire life.

In Bradford's hometown, Eric discovers an extraordinary past--a glorious domed hotel where movie stars, presidents, athletes, and mobsters once intermingled. Long derelict, the hotel has just been restored to its former grandeur.

But something else has been restored too--a long-forgotten evil that will stop at nothing to settle a decades-old score. And with every move, Eric inches closer to the center of the building storm.
*Booktrack is an immersive format that pairs traditional audiobook narration to complementary music. The tempo and rhythm of the score are in perfect harmony with the action and characters throughout the audiobook. Gently playing in the background, the music never overpowers or distracts from the narration, so listeners can enjoy every minute. When you purchase this Booktrack edition, you receive the exact narration as the traditional audiobook available, with the addition of music throughout.