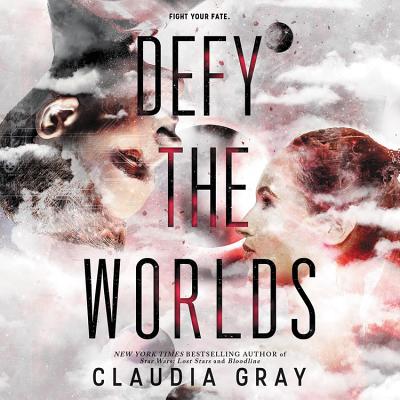 This is the thrilling and romantic sequel to Defy the Stars from the New York Times bestselling author of Star Wars: Lost Stars and Bloodline.

Noemi Vidal has returned to her planet, Genesis, as an outsider. Ostracized for refusing to sacrifice Abel, the galaxy's most advanced mechanical man, she dreams of traveling through the stars one more time. And when a deadly plague arrives on Genesis, Noemi gets her chance. As the only soldier to have ever left the planet, it will be up to her to save its people ... if only she weren't flying right into a trap.

Abel, now fully aware of his soul and captaining his own ship, never thought he'd get to see Noemi again, not when the entire universe stands between them. But when his creator, Burton Mansfield, delivers news of Noemi's capture, Abel must go to her, no matter the cost.

In a race against time, Abel and Noemi band together to stop Mansfield once and for all. The depraved scientist has engineered a way to achieve immortality, but that technology comes with perils of its own. Abel and Noemi are about to discover a secret that could save Genesis and Earth ... or destroy them all.