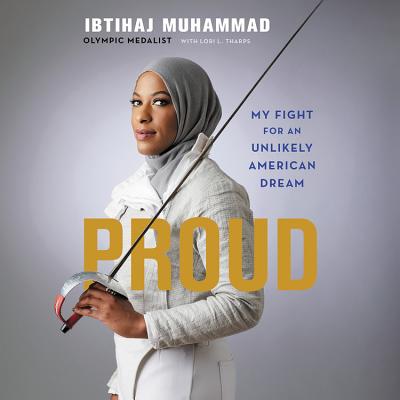 Olympic medalist fencer, named one of Time Magazine's 100 Most Influential People, Ibtihaj Muhammad tells a story of the tremendous obstacles, racism, and pressures she has overcome as the first Muslim American woman to compete in hijab in a sport dominated by privileged white athletes.

This is a tumultuous, unforgettable tale of perseverance and faith. Raised in a working-class community in New Jersey with five siblings, Ibtihaj sought out sports as a means to fund college and fencing was one of the only sports in which she could participate fully clothed. She was fast, hardworking, and devoted to her faith. But in a sport most popular with privileged whites, Ibtihaj remembers often being out of place. Rivals and teammates often pointed out her differences, one even telling her to take that table cloth off your head. Ibithaj knew that was a sign of what was to come.

Her path to Olympic greatness has been marked with painful moments and near-debilitating obstacles-from the financial hardship her family endured in support of her to the ongoing bigotry she rose above with passion and grace, bigotry which emerged not just from competitors but also from coaches and teammates who continuously told her she'd never get far in the sport, even after she qualified for the Olympics.

Ibtihaj Muhammad's life is one of overcoming adversity as a woman competing in a sport known for its lack of diversity for a country that views her religion with suspicion and harbors a history of oppressing her race. Her inspiring journey from a young outsider to a national hero is a beautiful, uniquely American tale of hard work, determination, and self-reliance.