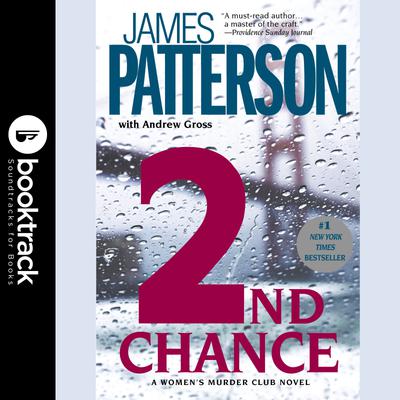 2nd Chance reconvenes the Women's Murder Club, four friends (a detective, a reporter, an assistant district attorney, and a medical examiner) who used their networking skills, feminine intuition, and professional wiles to solve a baffling series of murders in 1st to Die. This time, the murders of two African Americans, a little girl and an old woman, bear all the signs of a serial killer for Lindsay Boxer, newly promoted to lieutenant of San Francisco's homicide squad. But there's an odd detail she finds even more disturbing: both victims were related to city cops. A symbol glimpsed at both murder scenes leads to a racist hate group, but the taunting killer strikes again and again, leaving deliberate clues and eluding the police ever more cleverly. In the meantime, each of the women has a personal stake at risk -- and the killer knows who they are.

Booktrack is an immersive format that pairs traditional audiobook narration to complementary music. The tempo and rhythm of the score are in perfect harmony with the action and characters throughout the audiobook. Gently playing in the background, the music never overpowers or distracts from the narration, so listeners can enjoy every minute. When you purchase this Booktrack edition, you receive the exact narration as the traditional audiobook available, with the addition of music throughout.