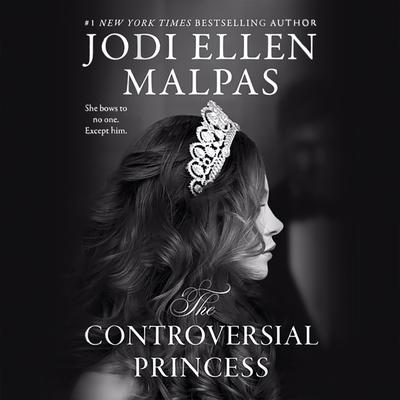 Her father is The King of England.

She is The Controversial Princess.

Regarded as down to earth by the press and rebellious by The King, Princess Adeline refuses to bow to the royal expectations her title carries. She knows better than anyone that the united front of the royal family is nothing but smoke and mirrors -- lies and secrets masked by power and privilege. She wants no part of it, and she will never surrender to The King's demand to marry a man she does not love. But despite Adeline's determination to retain her free will, she remains deeply unfulfilled, feeling caged and suffocated.

That is until she meets Josh Jameson. Drawn in by his confidence, Adeline is soon captivated by the scandalously sexy American actor. His ability to penetrate her defences overwhelms her -- his touch is pure fire, and his allure overpowering. Nothing has ever made her feel so alive in a world where she's otherwise slowly drowning. However, while Josh may be Hollywood royalty, he's not actual royalty, and Adeline knows The King and his advisors will do everything in their power to keep them apart.

Jodi Ellen Malpas was born and raised in the Midlands town of Northampton, UK, where she lives with her family. Working for the family construction business fulltime and with the prospect of taking it over once her father retired, she tried to ignore the lingering idea of writing a novel until it became impossible. She finally found the time and courage to release her creative streak and in October 2012 self-published This Man as an e-book. She took a chance on a story with some intense characters, notably Mr. Jesse Ward, the Lord of the Manor, and sparked incredible reactions from women all over the world. Two months later, Jodi made the decision to give up her day job to concentrate on her new and very unexpected career in writing.