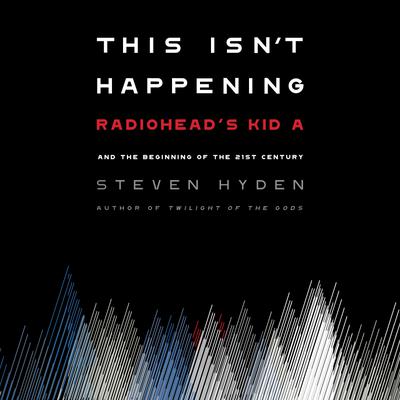 THE MAKING AND MEANING OF RADIOHEAD'S GROUNDBREAKING, CONTROVERSIAL, EPOCHDEFINING ALBUM, KID A. In 1999, as the end of an old century loomed, five musicians entered a recording studio in Paris without a deadline. Their band was widely recognized as the best and most forward-thinking in rock, a rarefied status granting them the time, money, and space to make a masterpiece. But Radiohead didn't want to make another rock record. Instead, they set out to create the future. For more than a year, they battled writer's block, intra-band disagreements, and crippling self-doubt. In the end, however, they produced an album that was not only a complete departure from their prior guitar-based rock sound, it was the sound of a new era-and it embodied widespread changes catalyzed by emerging technologies just beginning to take hold of the culture. What they created was Kid A. Upon its release in 2000, Radiohead's fourth album divided critics. Some called it an instant classic; others, such as the UK music magazine Melody Maker, deemed it "tubby, ostentatious, self-congratulatory... whiny old rubbish." But two decades later, Kid A sounds like nothing less than an overture for the chaos and confusion of the twenty-first century. Acclaimed rock critic Steven Hyden digs deep into the songs, history, legacy, and mystique of Kid A, outlining the album's pervasive influence and impact on culture in time for its twentieth anniversary in 2020. Deploying a mix of criticism, journalism, and personal memoir, Hyden skillfully revisits this enigmatic, alluring LP and investigates the many ways in which Kid A shaped and foreshadowed our world.

Steven Hyden is the author of Twilight Of The Gods, Your Favorite Band Is Killing Me, and (with Steve Gorman) Hard To Handle. His writing has appeared in the New York Times Magazine, Washington Post, Billboard, Pitchfork, Rolling Stone, Grantland, The A.V. Club, Slate and Salon. He is currently the cultural critic at UPROXX. He lives in Minnesota with his wife and two children.