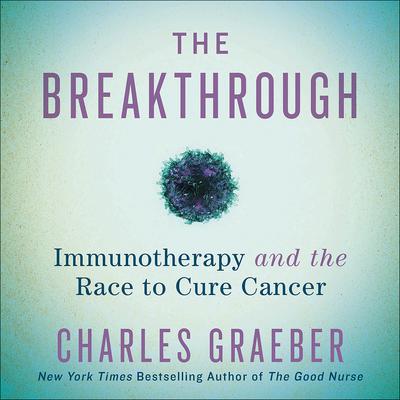 Immunotherapy and the Race to Cure Cancer

"Engaging...In Mr. Graeber's hands, the evolution of immuno-oncology is both captivating and heartbreaking. We are immersed in the stories of the brave, desperate patients who try emerging therapies...We can't fail to see ourselves, our friends and our families in these stories." --The Wall Street Journal
Charles Graeber, New York Times bestselling author of The Good Nurse, details the astonishing scientific discovery of the code to unleashing the human immune system to fight -- and possibly even cure -- cancer, featuring interviews with 2018 Nobel Prize in Medicine award-winners James P. Allison and Tasuku Honjo.

For decades, scientists have puzzled over one of medicine's most confounding mysteries: Why doesn't our immune system recognize and fight cancer the way it does other diseases, like the common cold?

As it turns out, the answer to that question can be traced to a series of tricks that cancer has developed to turn off normal immune responses-tricks that scientists have only recently discovered and learned to defeat. The result is what many are calling cancer's "penicillin moment," a revolutionary discovery in our understanding of cancer and how to beat it.

In THE BREAKTHROUGH, Graeber guides readers through the revolutionary scientific research bringing immunotherapy out of the realm of the miraculous and into the forefront of twenty-first-century medical science. As advances in the fields of cancer research and the human immune system continue to fuel a therapeutic arms race among biotech and pharmaceutical research centers around the world, the next step-harnessing the wealth of new information to create modern and more effective patient therapies-is unfolding at an unprecedented pace, rapidly redefining our relationship with this all-too-human disease.

Groundbreaking, riveting, and expertly told, THE BREAKTHROUGH is the story of the game-changing scientific discoveries that unleash our natural ability to recognize and defeat cancer, as told through the experiences of the patients, physicians, and cancer immunotherapy researchers who are on the front lines. This is the incredible true story of the race to find a cure, a dispatch from the life-changing world of modern oncological science, and a brave new chapter in medical history.

Charles Graeber is an award-winning journalist and contributor to numerous publications including Wired, GQ, The New Yorker, New York Magazine, Vogue, Men's Journal, Bloomberg Businessweek, and The New York Times. As a former medical student and researcher, his co-authored papers appeared in scientific journals including Kidney International. His work has been honored with prizes including the Overseas Press Club award for outstanding international journalism, the New York Press Club prize for the year's best magazine spot news reportage, several National Magazine Award-nominations, and inclusion in numerous anthologies including The Best American Crime Writing, The Best American Science Writing, The Best American Business Writing and The Best of National Geographic Adventure. Born in Iowa, he now lives in Nantucket, MA and Brooklyn, NY.