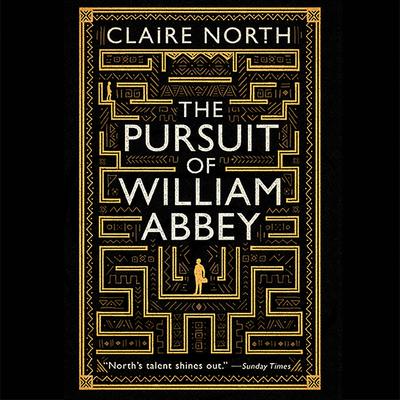 A hauntingly powerful novel about how the choices we make can stay with us forever, by the award-winning author of The First Fifteen Lives of Harry August and 84K.
South Africa in the 1880s. A young and naive English doctor by the name of William Abbey witnesses the lynching of a local boy by the white colonists. As the child dies, his mother curses William.
William begins to understand what the curse means when the shadow of the dead boy starts following him across the world. It never stops, never rests. It can cross oceans and mountains. And if it catches him, the person he loves most in the world will die.
Gripping, moving, and thought-provoking, The Pursuit of William Abbey proves once again that Claire North is one of the most innovative voices in modern fiction.

Claire North is a pseudonym for Catherine Webb, who wrote several novels in various genres before publishing her first major work as Claire North, The First Fifteen Lives of Harry August. It was a critically acclaimed success, receiving rave reviews and an Audie nomination, and was included in the Washington Post's Best Books of the Year list. Her more recent novel, The Sudden Appearance of Hope, won the World Fantasy Award for Best Novel in 2017. Catherine currently works as a theatre lighting designer and is a fan of big cities, urban magic, Thai food and graffiti-spotting. She lives in London.