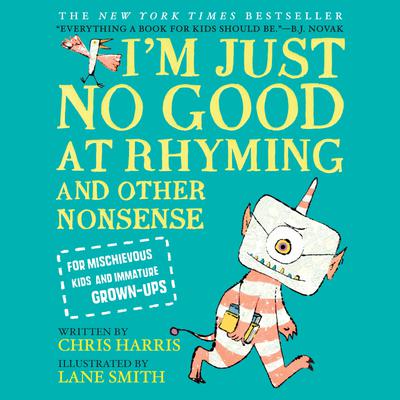 Chris Harris is a writer and executive producer for How I Met Your Mother and The Great Indoors, and a writer for The Late Show with David Letterman. His pieces have appeared in The New Yorker, Esquire, ESPN, The New York Times, The Wall Street Journal, and on NPR. He was also the author of the anti-travel guide Don't Go Europe! He lives in Los Angeles.


Lane Smith wrote and illustrated Grandpa Green, which was a 2012 Caldecott Honor book, and It's a Book, which has been translated into more than twenty-five languages. His other works include the national bestsellers Madam President and John, Paul, George & Ben, the Caldecott Honor winner The Stinky Cheese Man, The True Story of the 3 Little Pigs, Math Curse, and Science Verse, among others. His books have been New York Times Best Illustrated Books on four occasions. In 2012 the Eric Carle Museum named him an Honor Artist for lifelong innovation in the field of children's books, and in 2014 he received the Society of Illustrators Lifetime Achievement award. Lane and his wife, book designer Molly Leach, live in rural Connecticut.