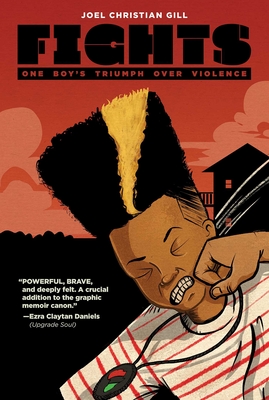 One Boy's Triumph Over Violence

Fights is the visceral and deeply affecting memoir of artist/author Joel Christian Gill, chronicling his youth and coming of age as a Black child in a chaotic landscape of rough city streets and foreboding backwoods.

Propelled into a world filled with uncertainty and desperation, young Joel is pushed toward using violence to solve his problems by everything and everyone around him. But fighting doesn’t always yield the best results for a confused and sensitive kid who yearns for a better, more fulfilling life than the one he was born into, as Joel learns in a series of brutal conflicts that eventually lead him to question everything he has learned about what it truly means to fight for one’s life.

Praise For Fights: One Boy's Triumph Over Violence…

"Beyond a recounting of a hardscrabble upbringing, Gill’s memoir becomes an ode to claiming peace from the experience of violence—and passing that gift on to others."
— Publishers Weekly
or support indie stores by buying on
Copyright © 2020 American Booksellers Association