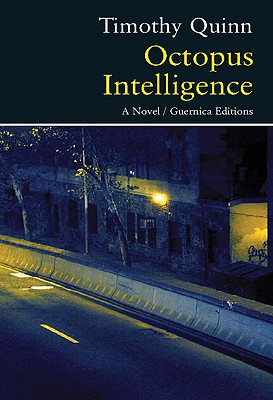 Set in New York, Tehran, Port-au-Prince, and Tegucigalpa, this psychological thriller explores themes of role-playing and paranoia while a fascinating story of two desperate men unfolds. One, a former intelligence contractor suffering from a mysterious ailment, has returned home to find an oblique message spelled out on his bedroom floor, while the other, a self-medicating paleontologist, has just discovered a 400-million-year-old cephalopod in the Moroccan desert. One of them will be liberated as the other is tangled in a web of suspicion, political intrigue, and scientific rivalry.

Timothy Quinn is an author whose work has been published in the Antigonish Review, the New Orleans Review, Whiskey Island Magazine, and Z Magazine. He lives in Toronto, Ontario.