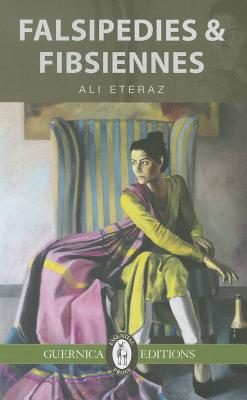 Ranging from the Persian Gulf to the American South, from ancient Greece to pre-Islamic Arabia, Ali Eteraz's stories observe an eccentric cast of characters longing for freedom. Illicit lovers playing with Koranic numerology; an enslaved man turned into a beast; a young woman rejecting her father's faith; theologically inclined brothers caught in a dragnet; a resentful poet's cynical humanitarianism. Sensual and surrealist, the stories in Falsipedies and Fibsiennes unsettle and surprise, but with tenderness.

ALI ETERAZ is an inhabitant of the San Francisco Writer's Grotto. His fiction has appeared in Chicago Quarterly Review, Crossborder, and Forge Journal, among others. Children of Dust (HarperCollins USA), his darkly-comic memoir about coming-of-age as a conflicted Muslim, was a New Statesman Book of the Year, won the Nautilus Book Award Gold, and was featured by PBS, NPR, and the CBC. Eteraz grew up in the Middle East, the Caribbean, and the American South.
Loading...
or support indie stores by buying on