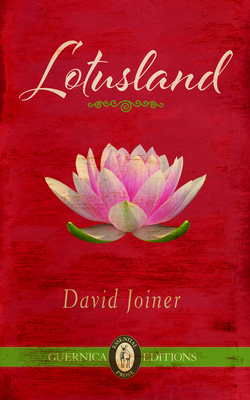 Nathan Monroe is a 28-year-old American living in Saigon who falls in love with a poor but talented Vietnamese painter. When he fails to protect their love from her desperate chase for a better life in America, his safety net appears in the form of Anthony, an old domineering friend in Hanoi who hires Nathan at his real estate firm. Only much later does Nathan discover that Anthony has intended all along for him to take over his job and family so that he, too, can escape and start his life over in America. Lotusland dramatizes the power imbalances between Westerners living abroad and between Westerners and Vietnamese — in love and friendship, in the consequences of war, and in the pursuit of dreams.

David Joiner was born and raised in Cincinnati, Ohio, but has since made his home in nearly 20 different cities across the US, Japan, and Vietnam. Lotusland is his first published novel. He has been going to Vietnam for 21 years and has lived there for more than a decade.

"Tender, brutal, authentic, Lotusland captures the romance, disenchantment, and discoveries of expats living high and low in Vietnam. Joiner weaves a fine story." — Andrew X. Pham, author of Catfish and Mandala and Eaves of Heaven, and translator of Last Night I Dreamed of Peace