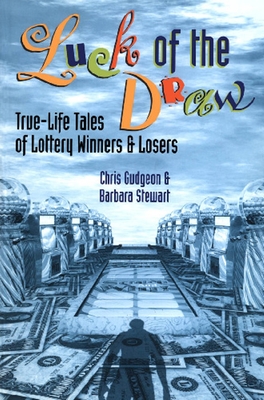 Luck of the Draw

Money. Gobs of it. In the blink of an eye - or the drop of a ball? it's all yours. Everyone dreams about striking it rich by winning a lottery. We all feverishly line up to purchase our tickets, and watch TV or scan the newspapers to see if we have won, even though the odds are better that we will be struck by lightning. Still, we perservere, because no matter what else happens this week, you can be sure that someone, somewhere, will win the big one. Lotteries are an unparalleled popular phenomenon. But what happens after the winners are revealed, and the checks have been issued? How does winning a lottery change one's life? "Luck of the Draw" profiles past winners of big lotteries, and how their windfall impacted their lives, mostly for the better, but interestingly sometimes for the worse, such was the case of a Florida widow who won $5 million in 1984; three years later, she lost her mansion and fancy cars, and owed the IRS $500,000 for back taxes. Eventually she was arrested for trying to hire a contract killer to take out her daughter-in-law, whom she blamed for her lottery misfortune. The book also depicts the past, present and future of lotteries in North America and the world over, and includes a special chapter on the revived phenomenon of big-time TV game show winners. Who wants to be a millionaire? Seemingly, everyone. In a country where eighty percent of adults have played a lottery, creating a multi-billion dollar industry, "Luck of the Draw" is an insightful inside look at lotteries, its winners, and its losers.