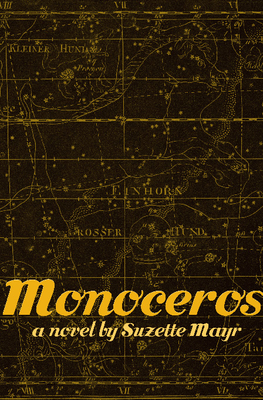 A seventeen-year-old boy, bullied and heartbroken, hangs himself. And although he felt terribly alone, his suicide changes everyone around him.

His parents are devastated. His secret boyfriend's girlfriend is relieved. His unicorn- and virginity-obsessed classmate, Faraday, is shattered; she wishes she had made friends with him that time she sold him an Iced Cappuccino at Tim Hortons. His English teacher, mid-divorce and mid-menopause, wishes she could remember the dead student's name, that she could care more about her students than her ex's new girlfriend. Who happens to be her cousin. The school guidance counselor, Walter, feels guilty--maybe he should have made an effort when the kid asked for help. Max, the principal, is worried about how it will reflect on the school. And Walter, who's secretly been in a relationship with Max for years, thinks that's a little callous. He's also tired of Max's obsession with some sci-fi show on TV. And Max wishes Walter would lose some weight and remember to use a coaster.

And then Max meets a drag queen named Crepe Suzette. And everything changes.

Suzette Mayr is the author of three previous novels: Moon Honey, The Widows, and Venous Hum. The Widows was shortlisted for the Commonwealth Writers' Prize for Best Book in the Canada-Caribbean region, and has been translated into German. Moon Honey was shortlisted for the Georges Bugnet Award for Fiction and the Henry Kreisel Award for Best First Book. Suzette Mayr lives and works in Calgary, Alberta.

Monoceros is one of the most imaginative, quirky and emotionally devastating novels I’ve read in a long while.’
Zoe Whittall, Globe and Mail

'[A] smart and difficult tale about grief and acceptance ... [Monoceros] just might be the most important book you read.' CBC Books

'In a tragedy laced with humour, Mayr engages readers with her meticulous attention to detail, providing vivid descriptions of not only her characters, but also the heavy emotions ... churning inside them.’ This Magazine

[A] complex and moving novel deserving of a large and attentive readership.’ Quill and Quire

Ms. Mayr’s characterizations are second to none and she has a wonderful wit. [Monoceros] should be on all school curricula.’ Winnipeg Review

Suzette Mayr: Suzette Mayr is the author of the previously published novels Venous Hum, The Widows and Moon Honey. The Widows was nominated for the Commonwealth Prize for Best Book in the Canada-Caribbean Region and translated into German; Moon Honey was nominated for the George Bugnet Award for Fiction and the Henry Kreisel Award for Best First Book; and Venous Hum was longlisted for the ReLit Award. Mayr's novels have also received favourable reviews in the Globe and Mail, Quill & Quire and Xtra West. Her fiction has been taught in places as diverse as Germany, France and Pennsylvania, as well as in universities across Canada, including the University of Toronto, McGill University and the University of British Columbia.
Loading...
or support indie stores by buying on