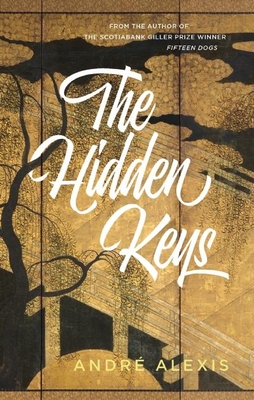 Although the Green Dolphin is a bar of ill repute, it is there that Tancred Palmieri, a thief with elegant and erudite tastes, meets Willow Azarian, an aging heroin addict. She reveals to Tancred that her very wealthy father has recently passed away, leaving each of his five children a mysterious object that provides one clue to the whereabouts of a large inheritance. Willow enlists Tancred to steal these objects from her siblings and solve the puzzle.

A Japanese screen, a painting that plays music, an aquavit bottle, a framed poem, and a model of Frank Lloyd Wright's Fallingwater: Tancred is lured in to this beguiling quest, and even though Willow dies before he can begin, he presses on.

As he tracks down the treasure, however, he must enlist the help of Alexander von Wurfel, esteemed copyist, and fend off Willow's heroin dealers, a young albino named "Nigger" Colby and his sidekick, Sigismund "Freud" Luxemburg, a club-footed psychopath, both of whom are eager to get their paws on this supposed pot of gold. And he must mislead Detective Daniel Mandelshtam, his most adored friend.

Andr Alexis was born in Trinidad and grew up in Canada. His most recent novel, Fifteen Dogs, won the prestigious Scotiabank Giller Prize, awarded annually to the best Canadian fiction book.