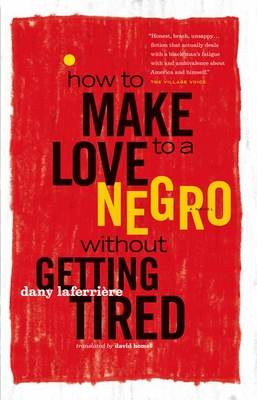 How to Make Love to a Negro Without Getting Tired (Paperback)

Brilliant and tense, Dany Laferri re's first novel, How to Make Love to a Negro Without Getting Tired, is as fresh and relevant today as when it was first published in Canada in 1985. With ribald humor and a working-class intellectualism on par with Charles Bukowski's or Henry Miller's, Laferri re's narrator wanders the streets and slums of Montreal, has sex with white women, and writes a book to save his life. With this novel, Laferri re began a series of internationally acclaimed social and political novels about the love of the world, and the world of sex, including Heading South and I Am a Japanese Writer. It launched Laferri re as one of the literary world's finest provocateurs and continues to draw strong comparisons to the writings of James Baldwin, Henry Miller, Charles Bukowski, and Jack Kerouac. The book was made into a feature film and translated into several languages -- this is the first U.S. edition.